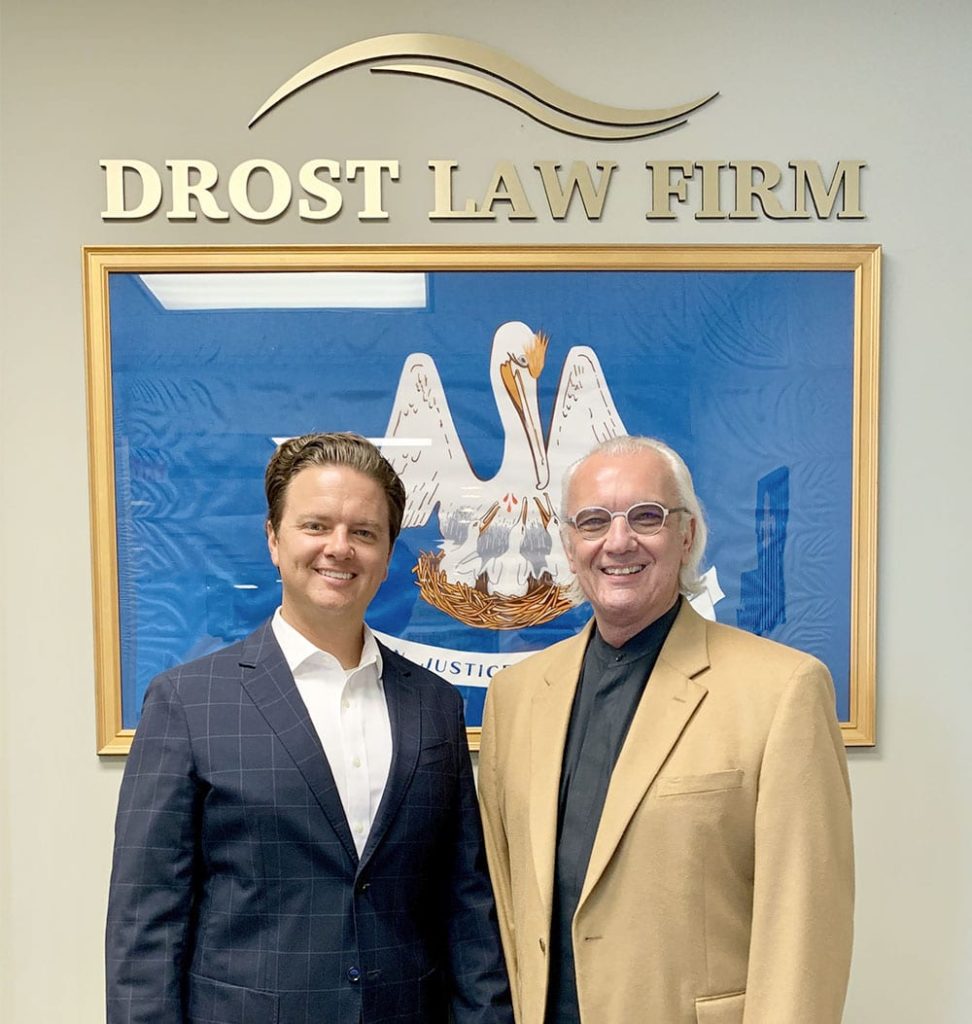 SKIPPER M. DROST, ATTORNEY AT LAW, is a lifelong resident of Sulphur and Lake Charles, Louisiana. He graduated from Sulphur High School in 1970. While attending Sulphur High, he was a member of the Fellowship of Christian Athletes, the Sulphur High School Debate Team, the Sulphur High School Band and a two year lettermen in both football and basketball, receiving district and state recognition in basketball. Thereafter, he attended Louisiana State University in Baton Rouge, Louisiana, graduating in 1974. He was a member and officer in the Lambda Chi Alpha Fraternity. He attended Loyola University School of Law in New Orleans, Louisiana, receiving a Juris Doctor Degree in 1977. While attending Loyola Law School, he was a member and assistant editor of the law school newspaper, a member of the Phi Alpha Delta Law Fraternity and selected to participate in the prestigious Loyola Law Clinic.

After graduating from Loyola Law School with honors, DROST worked for the law firm of CAMP, CARMOUCHE, PALMER, BARSH, AND HUNTER, in Lake Charles, Louisiana specializing in Real Estate and Banking. In 1982, DROST and JUDGE D. KENT SAVOIE founded the law firm of DROST AND SAVOIE, ATTORNEYS AT LAW, in Sulphur, Louisiana. In 1987, he began the law firm of SKIPPER M. DROST, ATTORNEY AT LAW in Sulphur, Louisiana. DROST was the CITY ATTORNEY AND PROSECUTOR FOR THE CITY OF SULPHUR from 1988 to 2010. During that time, DROST also served as the Attorney for the SULPHUR LAND COMMISSION and the CIVIL SERVICE BOARD for the City of Sulphur, LA. DROST now maintains a private practice under the name of DROST LAW FIRM, LLC in Lake Charles, LA. His practice, specializing in real estate, also includes government, banking, successions, wills, estate planning and corporate law. He is a member of the LOUISIANA STATE BAR ASSOCIATION, the SOUTHWEST LOUISIANA STATE BAR ASSOCIATION and the COUSHATTA TRIBAL BAR ASSOCIATION.

In addition to his private practice of law,  SKIPPER is an Ordained Minister and a published Singer/Songwriter. He is married TO SANDRA LOUISE DEROUEN DROST and is the father of three children, CHARLES (CHAS) M. DROST, II, ELIZABETH (ANNIE) ANN DROST BERRIGAN and CATHERINE DAWN DROST and the step-father of JESSICA (JESSIE) PETERS.

CHARLES M. DROST, II, ATTORNEY AT LAW, is a lifelong resident of Sulphur and Lake Charles, Louisiana.  He graduated from Sulphur High School in 1997 with honors while participating in Louisiana Boys State and serving as Senior Class Vice President.  Thereafter, he attended Louisiana State University graduating  in 2002 with a degree in Business Management.  Charles then spent 10 years as a Trust Fiduciary and Wealth Advisor with Whitney Bank.  He also spent 4 years in the Oil & Gas industry before attending law school at Southern University Law Center.  His extensive background in banking and oil and gas gives him a working knowledge of the practice of real estate law, corporations, and estate planning.

In addition to his private practice of law, Charles also sits on the Executive Board of Directors for CCA Louisiana, and loves to spend his free time fishing the waters of SWLA with his friends and family.  He is a licensed Boat Captain with the United States Coast Guard holding his Masters 50 ton endorsement upon inland waters.

CHARLES is married to CASEY MARCANTEL DROST, an interior designer who is the owner/operator of CASEY DROST INTERIORS and is the father of two children, Brooks Thomas Drost and Sophie Rose Drost.  Together they attend Our Lady Queen of Heaven Church.